Amazing woman who fought for women’s rights buried in Brightling

A couple of weeks ago, I wrote about the brave Arctic explorer Benjamin Leigh-Smith, whose wooden leaping board grave marker I came across in Brightling Churchyard.

I also researched the life of Benjamin’s sister Barbara, who is buried next to her brother.  Barbara Bodichon was one of the founders of the UK suffrage movement which led to the equality and freedoms women enjoy today.

Born in 1827 in Whatlington, near Robertsbridge, Barbara’s parents were in a committed relationship but never married which caused scandal at the time.  When his children reached 21, her father gave each of them investments which yielded an annual income of £300.  It was unusual for daughters and sons to be treated equally in this way and gave Barbara independence to study art and not be forced into marriage.

Together with other women students at art college, Barbara formed the ‘Ladies of Langham Place’ group now considered to be one of the first women’s activist groups in the UK.

Barbara deplored the fact that upon marriage women’s property, including money, belongings, inheritances and even future earnings were automatically given up to the husband to use as he wished.  In 1854 Barbara spelled out these bitter realities in a book, ‘The Brief Summary of the Laws of England Concerning Women’.

These inequalities quickly became a topic for discussion in Victorian society and eventually led to the Married Women’s Property Act of 1882, which allowed married women to own and control property in their own right.

Barbara went on to campaign for better quality employment, rights and opportunities for women, calling for training and apprenticeships.   This was to enable women to have choice not to marry for economic reasons (which she argued was legal prostitution).

After setting up a progressive infants school in London where children of all social classes studied together, Barbara turned her attention to further education and was the founder of the first women’s college at Cambridge – Girton College.

Somehow she still found time to paint and Barbara’s art was exhibited at the Royal Society.

On retirement to the family home at Scalands Gate near Robertsbridge, Barbara extended the property to include a reading room to give the opportunity to local men to learn to read and write.

Ironically, despite her achievements, her Aunt – Florence Nightingale – refused to acknowledge her during her lifetime due to her illegitimacy.  A talented artist and inspirational social reformer, Barbara died in 1891.

Thank you to local historian Nicola Walker for another fascinating insight in to the lives of local people and making sure they are not forgotten. 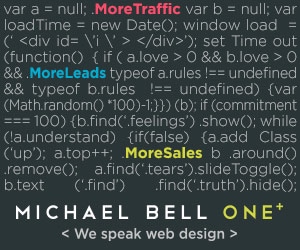 FRENCH AND SPANISH CLASSES FOR FLUENCY, FUN AND CONFIDENCE! Deborah is a qualified and experienced UK language teacher based in Spain. She already tutors Heathfield students with great success. So if you are looking for years 7 to 10 support in French or Spanish look no further. A session comprises 30 minutes conversation and maintenance work between classes and is only £12.50 per session. CONTACT DEBORAH: debgreenaway@yahoo.co.uk or +34 625 365 938 (Spain) Click HERE for details:

If you were lucky enough to have received an aromatherapy diffuser for Christmas, look no further for a huge range of essential oils and blends to enjoy in your home. Our favourite is currently: black pepper, pine and sweet orange! Absolute Aromas ... See MoreSee Less